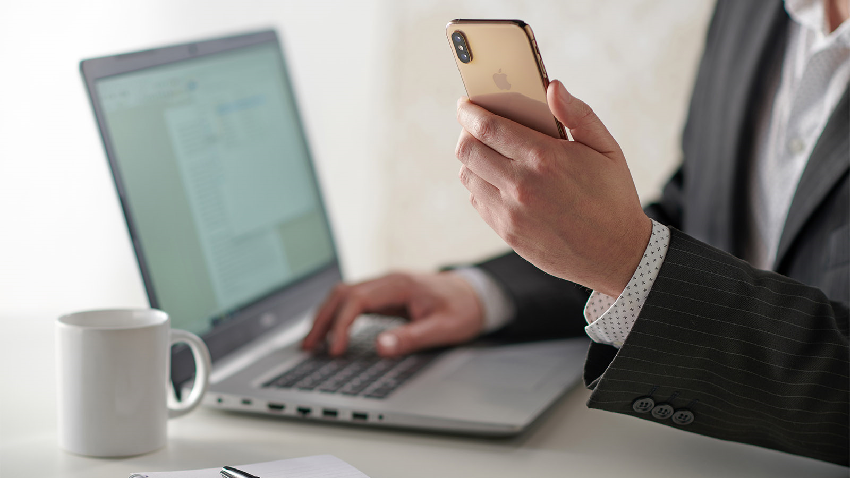 Mac or Windows? It is a frequent question when you think about buying a better desktop or laptop computer than you have so far. Getting a proper answer isn’t about figuring out which is better, Mac or Windows. It is about knowing the differences between Mac and Windows, the Mac advantages, and which Windows is currently better. So you can make the best decision for yourself and the user you are going to give your PC to. Not generalities.

Main differences between Mac and Windows 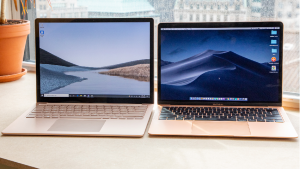 Mac And Windows Operating Systems Are Not The Same

Working on Mac is not the same as working on Windows. You probably already know this, but not everyone is aware that working on an Apple computer is different from working on a Windows operating system.

If you have only worked with an Apple computer or only Windows devices until now, you should be aware of the differences between Mac and Windows when using your computer. If you choose an operating system that is unknown to you, you will have to go through a process of adaptation and learning. Nothing complicated. Both are actually very easy to use. But you should always keep in mind that there are changes to be able to assess based on reality what type of operating system you want to use. And these will take you some time and effort.

When comparing Mac to Windows, you can’t tell for one operating system that it’s more complicated than another. It’s just a matter of what you’re used to.

The difference between Mac and PC in terms of aesthetics or exterior design is clear. Traditionally, an iMac PC or a Macbook laptop is prettier and more aesthetically pleasing than Windows computers from brands like Acer, Asus, or HP. It is enough to take a look at the Macbook Air models to realize the importance that Apple places on aesthetics. If the design is important to you, a Mac laptop or desktop will give you the design quality you want.

In any case, the differences between Mac and Windows in this aspect are becoming less relevant. Currently, there are manufacturers of Windows laptops that pay more attention to this aspect. A convertible like the Lenovo Yoga 720-13-80X6008Fsp Gold Notebook or the new Huawei models to come are very attractive. If they are more or less than, for example, an Apple Macbook Pro 13Fhd Core I5 ​​S256GB laptop, it is merely a matter of personal taste.

Not all people care much about the aesthetics of their computer equipment. But sometimes this is important despite it. For example, when it comes to giving a certain image in a business to the public or in the business world. In any case, it is always one more point that may or may not interest you, depending on your specific case.

The Price, One Of The Great Differences Between Mac And Windows

When comparing Mac with its competitor and pointing out the differences between Mac and Windows, we cannot ignore that one of the main ones is the price. Apple products have a higher price, especially if we choose cheap computer brands with good value for money and Windows operating system.

Is that price difference between Mac and PC justified? Not always. But there are millions of people in the world who willingly decide to pay that difference, and each one has their reasons.

There are very good desktop and laptop computers for both Mac and Windows. Finding the best value for money for your requirements, needs, and preferences is important if sticking to a specific budget is important to you. Regardless of whether it’s a Mac or a Windows.

When evaluating the differences between Mac and Windows, it is necessary to be clear about what type of preferential use the device will be used. Because this may imply that one is more interesting than the other.

If you are looking for computers for desktop design, you should know that Apple’s all-in-one is excellent in this regard. Although if what you are looking for is a powerful gaming computer, surely a PC is more suitable for you and will allow you to replace components if you wish to build a computer more to your liking. In the business world, the capabilities of Mac computers are highly valued.

It is always interesting that you explore what are the differences between Mac and Windows at the user level for the type of use you want to give your computer. So if there is an operating system that is clearly better for you, you can choose it.

There are many brands of computers that use the Windows operating system. A Toshiba, a Lenovo,  and MSI will have different internal components, although they may coincide in some others. Therefore, depending on the specific brand of computer you choose, the technical assistance service will be better or worse, it will be closer or further away.

Most likely, you will use your device for a year without it giving you any kind of problem. No, however, it is one of the differences between Mac and Windows that you may be interested in evaluating. Especially if you are going to make a very demanding use of your device or you are going to use it in risky environments for work reasons.

Cybersecurity, A Topic With Important Differences Between Mac And Windows

Cybercriminals and malware can attack any type of computing device. But the data makes it clear that the differences between Mac and Windows are very important here, and Macs are clearly more secure than PCs.

Obviously, the use of proper antivirus software is necessary on both Mac and Windows devices. But the risks of a cybersecurity problem are statistically clearly lower on Apple computers than on Microsoft computers.

This is especially important if you handle sensitive data. It does not imply that you should take fewer precautions, but it does mean that you will have greater security.

For example, the use of the touch screen. While Windows is betting on this kind of technology, Mac designers don’t seem to care too much. This in principle is neither better nor worse. But perhaps the use of touch screens on computers is interesting to you and makes you more comfortable navigating or using your PC. So keep in mind that Mac will not offer you the same possibilities.

Another difference between Mac and Windows to highlight in daily use is the use of different keyboard shortcuts. Do you usually use them regularly? If you decide to buy a computer with a different operating system than the one you usually use, you will have to learn what its keyboard shortcuts are. It is not somewhat complicated but if you have been using them for many years it can be strange. This will take some time to adapt to get used to doing it differently.

If the change convinces you due to other factors, simply create a template or cheat sheet with the new keyboard shortcuts for your Mac or PC and always have it at hand. Soon you will learn the most frequent.

Interconnection With Your Mobile

Syncing to Mac and an iPhone is two-way. This allows great possibilities to work with both, share files and other functionalities. Something that is not possible in this way today between a smartphone and a Windows computer, whether or not they are of the same brand.

These differences between Mac and Windows will be irrelevant to some people but of great importance to others. Carefully assess which group you are in and whether or not it is an important aspect for you.

If you are thinking of changing both your smartphone and your computer. Explore the possibilities offered by the synchronization of Mac devices. But do not forget to assess other issues, such as whether you already have Android wearables that you want to continue using.

These are the main differences between Mac and Windows. Knowing them will help you make the most appropriate Mac or Windows purchase decision for you.