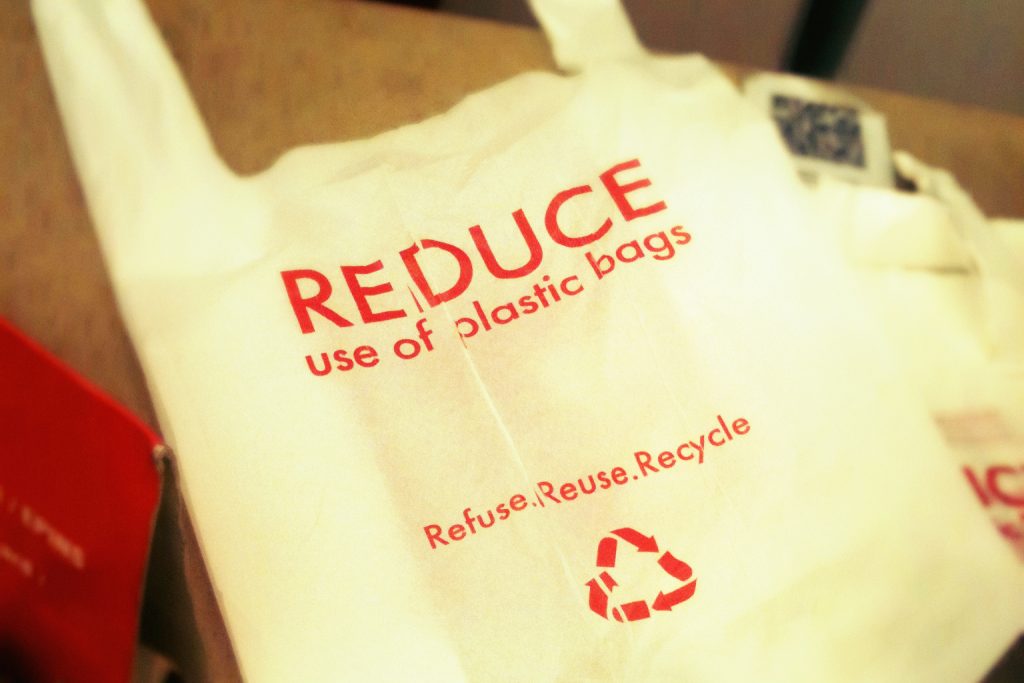 In this article, I will explain how to reduce the use of plastic bags through very simple measures that you can incorporate into your day today.

But before that, let’s see what plastic is and why we should reduce the use of plastic bags. We call plastic those materials that we easily mold using heat and pressure to adopt all kinds of solid shapes such as a bag, a bottle, or a taper.

How to reduce the use of plastic bags?

Conventional plastics are made of chemical petroleum derivatives such as polyethylene and take many years to decompose.

There are also, to a lesser extent, plastics that come from renewable sources such as corn starch or potato starch that are biodegradable.

A biodegradable material is one that can decompose into natural chemical elements that reintegrate into nature without harming it thanks to the action of living organisms such as worms, bacteria, and other microorganisms. 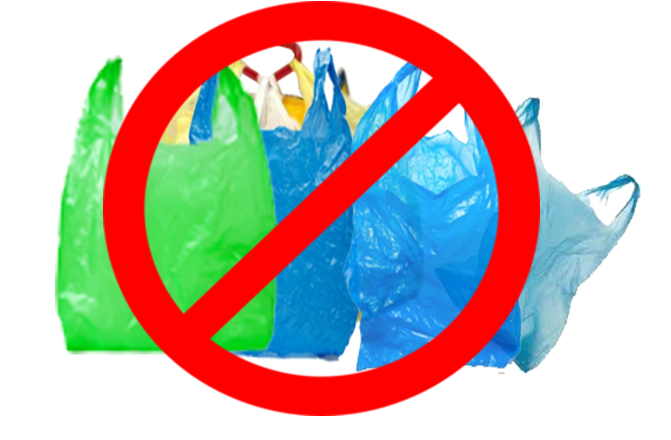 A study of the scientific journal Science estimates that in 2010 they ended up at sea between 4.8 and 12.7 million tons of plastic.

According to a report by the World Economic Forum and the Foundation Ellen MacArthur, each year, at least, are dumped into our oceans 8 million tons of plastic, which is equivalent to dump a dump truck full of plastics at sea every minute What happens.

If we do nothing, in the year 2030 2 garbage trucks full of plastics will be dumped in our seas every minute, and by 2050 there will be four trucks per minute.

This same report tells us on page 17 that if we continue at this rate, by 2050, there will be more tons of plastic in the sea than tons of fish in all the world’s oceans.

And according to a scientific research article, only 9% of all the plastic we produce worldwide is recycled.

How long does it take to degrade conventional plastic at sea?

In a Greenpeace press dossier, we are told that a conventional plastic bag takes 55 years to decompose at sea.

On the other hand, in a Greenpeace article, we are told that in Europe alone, almost 100,000 million plastic bags are produced every year that are only used on average for 15 minutes.

Plastic bags create clogs in sewer systems, making it difficult to evacuate water on rainy days, and this eventually causes flooding in cities and towns.

In another report from Greenpeace, we are told that all this conventional plastic is degraded in the sea by the action of the sun, wind and waves and this degradation entails fragmentation of it into smaller and smaller pieces until it becomes microplastics and nanoplastics that ingest the fish that many people later consume. 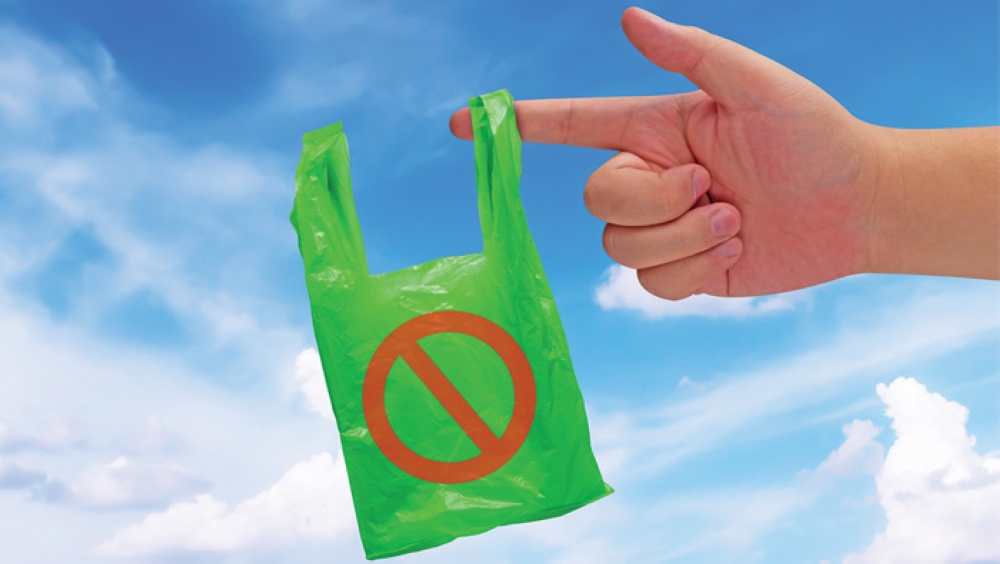 However, it is not necessary that you eat fish so that your body ends up having plastic inside.

In a scientific study, 159 samples of tap water were analyzed from t 5 populated continents of planet Earth. And 12 brands of beer and 12 brands of sea salt were also analyzed.

Well, plastic fibers were found in 80% of the 159 samples of tap water analyzed, and in all brands of beer and sea salt.

In addition, another scientific study analyzed the bottled water of 259 bottles belonging to 11 major companies that sell their bottled water in Europe, America, Asia, and Africa. And plastic particles were found in 93% of them.

In a National Geographic article, we are told that microplastics have also been found in teair we breathe and how they are negatively affecting a genus of bacteria called Prochlorococcus that is responsible for producing 10% of the oxygen we breathe.

As you can see, the chances are that you already have plastic inside your body, so we have to start doing something to reduce the mass production of plastic.

In addition, many plastics contain chemicals such as bisphenol A (also called BPA) and phthalates that are currently in the spotlight of scientists for their possible toxic effects on animals and humans.

Measures to reduce the consumption of plastic

Of the following measures that I am going to show you, I recommend that you start with the ones that are easier for you to incorporate into your day today.

After a while of putting into practice the measures that at the beginning, are easier for you, it will be very easy for you to incorporate all the others into your daily work.

The first measure that I suggest reducing the consumption of plastic is to buy your fruits and vegetables in bulk at your usual supermarket or store and have them weighed separately in your own biodegradable cloth bags that you bring from home.

When you go to your supermarket or your usual store with your own cloth bags, you just have to tell the shopkeeper that you have brought your own bags because you want to reduce the consumption of plastics and put the products you choose in them. If you tell this with a good smile, you will see how it doesn’t hit you.

It is also good that before you go shopping. You make a shopping list to know how many cloth bags you have to take from home. Remember to add some extra bag you find something you like and that you did not plan to buy.

Then, these cloth bags can be placed in your shopping cart or in a tote bag to carry them comfortably to your home.

Likewise, if you have many plastic bags stored at home, you should reuse them as many times as you can until they are broken to buy your fruits and vegetables in bulk at your usual store or supermarket.

Once you finish with all the plastic bags you have stored at home, I recommend that you go to biodegradable cloth bags.

You can also buy fruits and vegetables in an online store because they will be brought home in a cardboard box that normally does not bring plastics.

It is a matter of searching the internet for an online fruit and vegetable store that distributes in the area where you live and that they do not bring them from far away so that there is not much air pollution due to the combustion of gasoline during transport.

Next, I leave you, as an example, a link to an online fruit and vegetable store that is in Spain and that sends home orders without plastics: Veritas

You can also buy your legumes, rice, pasta, and nuts in bulk stores. There are more and more stores where you can go with your own bags and buy all these products.

Another way to consume fewer plastics is to buy household cleaning products, such as scrubbers or hand soap, in specialized bulk stores that already exist.

All you have to do is reuse the containers of this type of products you already have at home and fill them in bulk stores like these.

You can also reduce the consumption of plastic, buying rolls of toilet paper that do not come wrapped in plastic.

One way to reduce the production of this huge amount of plastic bottles is to install a water filter in your kitchen faucet. This way, you won’t need to buy bottled water to consume it at home.

Personally, I recommend this Doulton water filter that you can install in just 2 minutes in your kitchen tap. This filter allows you to have pure water at a much lower price than the bottled water you buy.